Article by Paul Starick courtesy of the Advertiser

Billionaire pastoralist Gina Rinehart has condemned animal cruelty and demanded people who mistreat cattle get out of the industry.

In a speech to her S. Kidman & Co staff in Adelaide last night, Mrs Rinehart lashed animal activists for “terrorising” farming families suffering through drought and defended her firm’s commitment to humane practices.

Speaking at the Kidman Christmas dinner, Mrs Rinehart declared a culture of “happy, healthy cattle are better cattle” had spread across the fabled firm since she became principal owner three years ago.

“Anyone who doesn’t like and fulfil the culture we have introduced should not join Kidman … I want to make it clear that, as a company and an industry, we must ensure that animal welfare is our concern and responsibility every day,” Mrs Rinehart told the North Adelaide dinner.

“This attitude is not driven to meet the desires of our end consumer, who has changing social demands, but because it is what is right and humane.

“Yes, we eat our animals, as do we eat chickens and eggs, fish and vegetables. But while our cattle are alive we want their lives to be the best they can reasonably be on our properties.

“…As I’ve made plain, people who don’t treat animals with care should get out of the industry. We don’t want you in agriculture and neither do the cattle.

“The industry doesn’t need such people wrongly hurting animals and painting a negative light on the whole essential industry which contributes so much for our country.”

Australia’s richest woman, Mrs Rinehart spearheads an agriculture empire that is one of the world’s largest and includes 30 properties stocking more than 320,000 cattle across Western Australia, Queensland, New South Wales, the Northern Territory and South Australia.

She has driven a multimillion-dollar investment across the station network in animal welfare measures, including shading over cattle yards, troughs, pipes and birthing paddocks.

Other expenditure for cattle health includes trials of filtered drinking water, massage brushes and insisting on the use of pain killers for procedures such as branding. 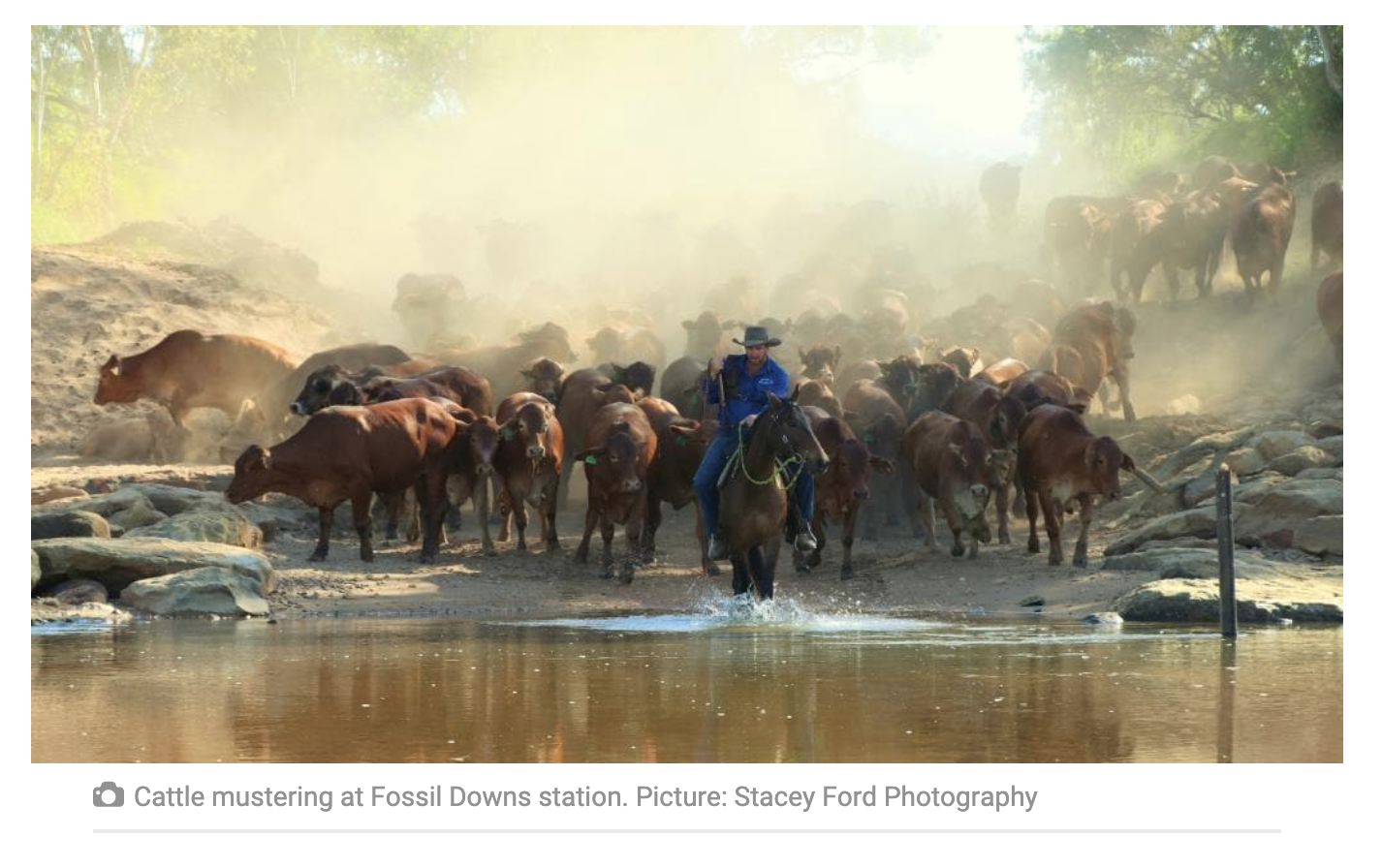 “It upset me deeply to learn just after we purchased Kidman (for $386.5 million in a joint venture in 2016) that a previous CEO had prohibited the use of painkillers on cattle just to save some dollars,” Mrs Rinehart said.

“Indeed, the best Kidman cattle managers I spoke to were independently deeply upset by such a practice. I was outraged and immediately requested that the use of painkillers be compulsory.”

Calling for legislation to rein in foreign animal activists “terrorising Australian farming families”, Mrs Rinehart urged domestic campaigners to consider “their own lifestyle benefits because of such hardworking Australians”.

Mrs Rinehart said Australians were fortunate that Mr Morrison wanted to “make a start on draining the swap as well as cutting red tape”, urging a reduction in levies for Canberra-based cattle industry bodies.

“Some people in Canberra are second, third or even fourth-generation public servants, who’ve never worked in agriculture or other industries, go to the same Left-biased schools and unis, read the Left media, holiday together in January on the coast, who simply become excluded from productive Australia,” Mrs Rinehart said.