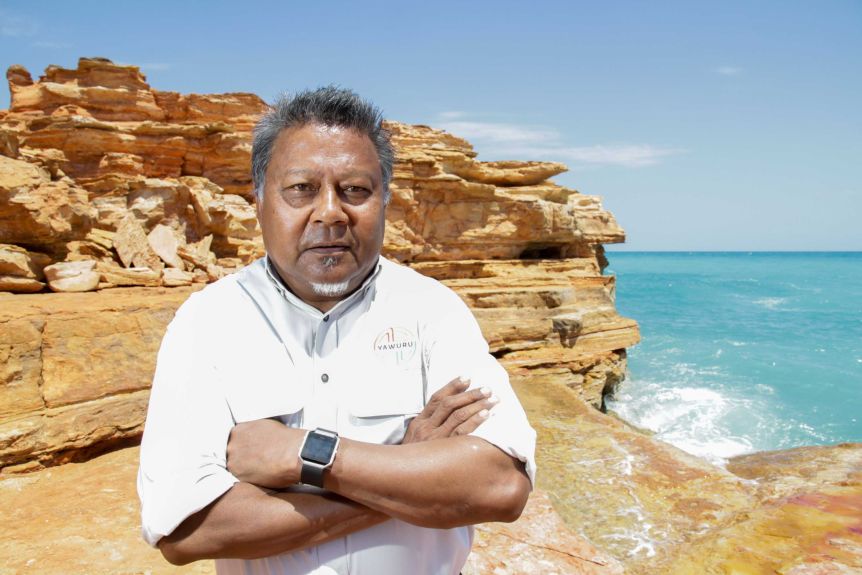 An Aboriginal corporation in West Australia’s far north hopes a proposal to create an irrigation project on Roebuck Plains cattle station can help “close the gap” for traditional owners near Broome.

Earlier this month, Nyamba Buru Yawuru, was granted a 3 gigalitre water licence to make way for agricultural production on the pastoral station, which it leases to the Indigenous Land and Sea Corporation.

After two years of investigations and consultation with the Yawuru people, the corporation is undertaking a feasibility study to firm up a business case to attract investors and business partners.

Yawuru chief executive officer Peter Yu said traditional owners were the largest landholders in the Kimberley, which made agricultural development a natural fit for driving economic and social change.

“We really need to have equity in these projects,” he said.

“We’ve got to be realistic about generating the kind of revenue and income flows so we’re not continually dependent upon the government outlays.

“I think the only way to do it is to own that risk ourselves, be part of the current and developing economy but doing it in a way that’s sensitive to the cultural, social and environmental needs of our community as well.” 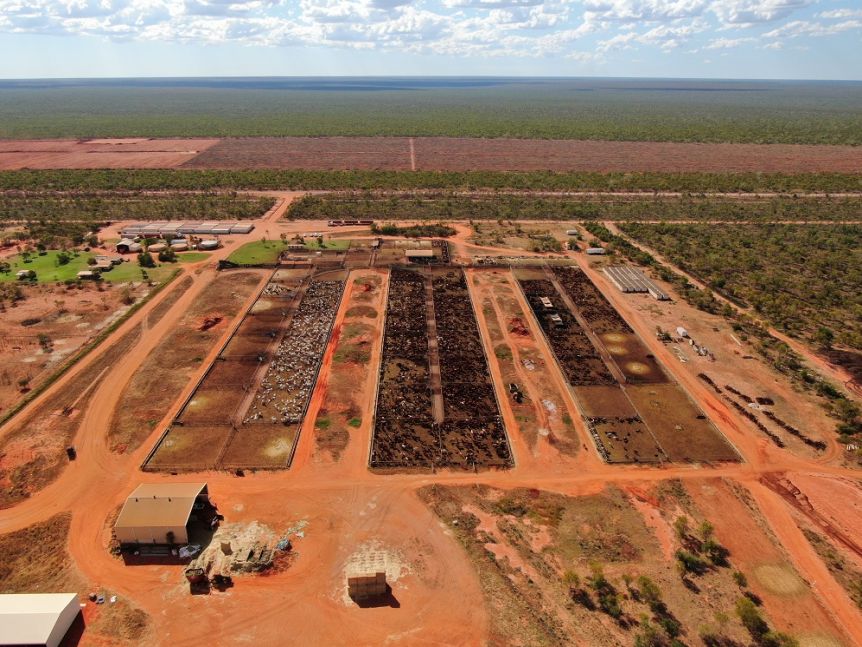 Roebuck Plains Station has been owned by traditional owners since 2006 and is leased by the Indigenous Land and Sea Corporation.(ABC News: Ian Redfearn)

But now it is also investigating the feasibility of growing horticulture, as well as fibre crops like hemp.

“We’ve done some fairly solid investigations in terms of the soil quality and the water and we’re interested in looking at expanding our interest in the agribusiness kind of area as well,” Mr Yu said.

“The whole issue of food security has been discussed for a long time and we’re situated near Broome … on the precipice of the Indian Ocean, with 250-300 million people an hour and a half flight away from us needing to be fed.

“We need to start to broaden our horizons about what potential there is in terms of our ability to facilitate access and trading in those markets with communities to the north of us.”

Mr Yu said it was early days yet but the required diversification and clearing permits had already been approved by the State Government.

He said once Yawuru finished building a business case for the project, it would likely open an Expression of Interest process to find potential investors and business partners to help them develop the operation. 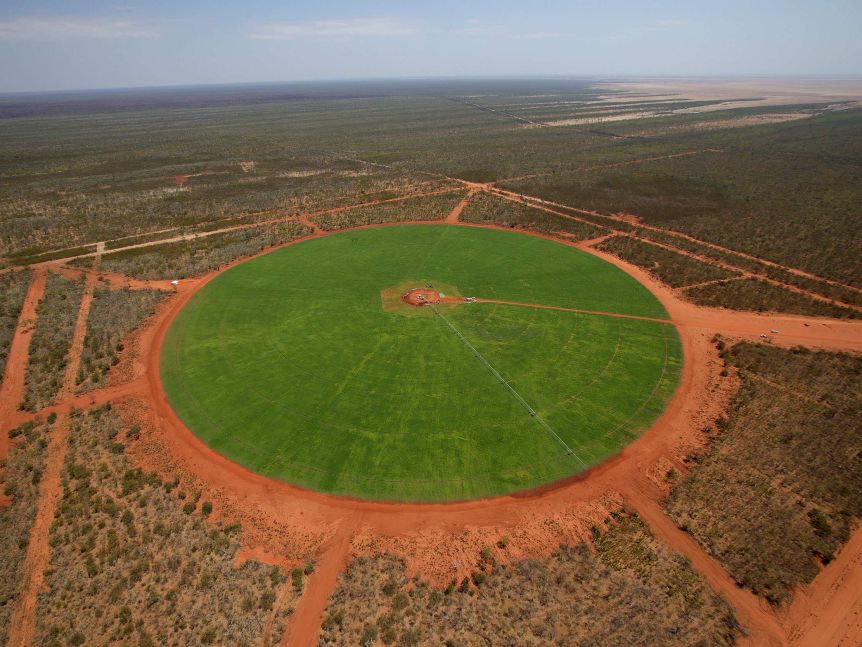 It is estimated there are at least 80 centre pivots, like this one at Mowanjum Station, installed across the north of WA.(Supplied: WA Government)

The news of Yawuru’s irrigation aspirations comes the same week as the State Government’s $8.3 million investment into the Northern Beef Development Program.

On Tuesday, Agriculture Minister Alannah MacTiernan announced the funding for a range of projects, including assistance for Aboriginal pastoral enterprises and expanding irrigated fodder trials at Skuthorpe Horticultural Area near Broome.

The work builds on extensive mosaic agriculture investments in the north over the past two decades, which have assisted irrigated operations to expand to over 3,000 hectares in the West Kimberley and Pilbara.

It is estimated there are at least 80 centre pivots, installed across the north of WA — including an award-winning irrigation project at nearby indigenous-owned Mowanjum station, near Derby.

But to the east of Yawuru country, communities have become divided over the concept of irrigation developments, as the State Government works towards a draft water allocation plan for the Fitzroy River.

Mining and agriculture magnate Gina Rinehart has been under scrutiny from green groups and traditional owners for her proposal to harvest 325 gigalitres of surface floodwater to “supercharge” the region’s cattle industry. 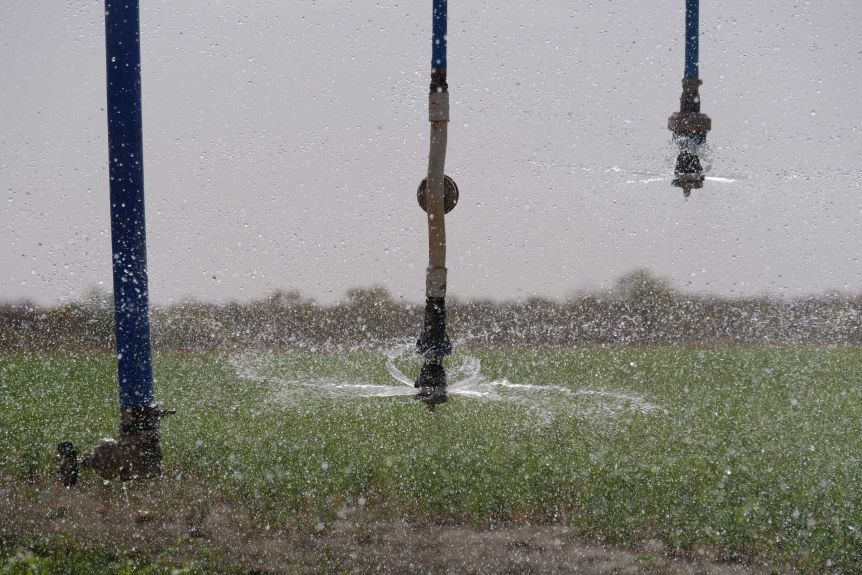 Environmentalists and several indigenous communities in the Fitzroy Valley are concerned about expanding irrigation operations in the region.(ABC Rural: Courtney Fowler)

A proposal from Gogo Station to capture and store up to 50 gigalitres of floodwater from Blue Bush Creek, which connects to a tributary of the Fitzroy River, also has some environmentalists concerned because of the river’s biodiversity and cultural value.

But Mr Yu said as far as Yawuru’s proposal to irrigate on Roebuck Plains using groundwater from the La Grange Aquifer, it was comfortable it could strike a balance between driving economic development and looking after country.

“It’s been a very thorough and rigorous process, particularly in terms of dealing with our community to ensure we are looking at looking at the critical issues of how we do this sustainably,” he said.”We all need to eat, [but] we also need to ensure that we can run a decent business without destroying the very thing that provides that resource to us.

“[But] I would have thought in this day and age there would be available technology to be able to thoroughly do the due diligence and find a solution.” 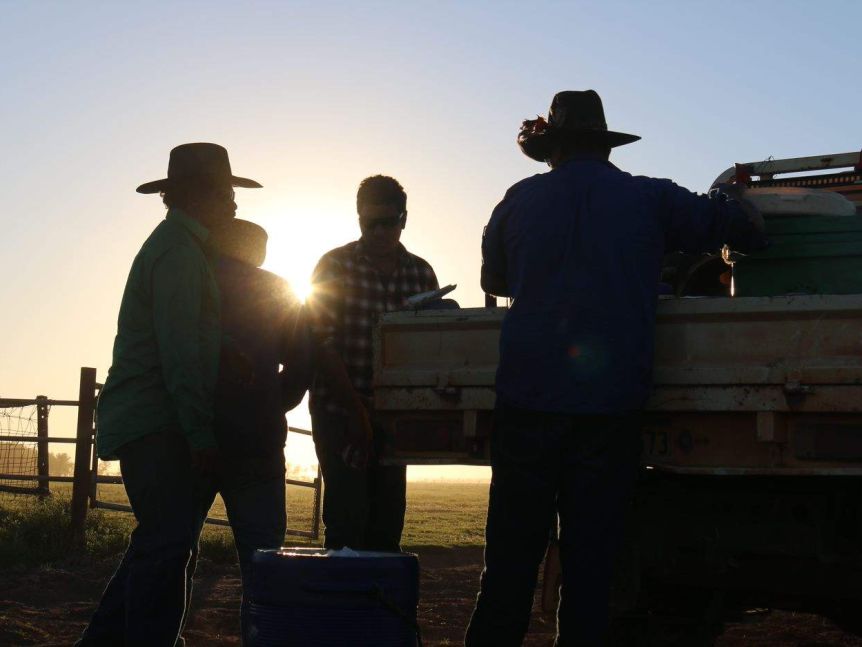 It is hoped that other Indigenous groups will be inspired by the work going on at Roebuck Plains Station.(ABC News: Kristy O’Brien)